Going after the people setting off dangerous fireworks on city streets just isn’t a priority for the NYPD or FDNY, Mayor Bill de Blasio insisted on Thursday — a day after a 3-year-old boy was injured by an illegal firework in the Bronx.

“They have many other things, particularly the NYPD dealing right now with other profound challenges,” de Blasio said, referring to the recent surge in gun violence across the five boroughs, which he called NYPD’s “job one to address.”

“That’s what I want NYPD focused on first and foremost,” the mayor said after being asked about the unpredictable danger to the public caused by these unlawful displays, as happened to the Bronx boy, who was watching the fireworks being set off outside his sixth-floor apartment on Anderson Street around 12:15 a.m. Wednesday when a missile suddenly shot through the open window, striking him.De Blasio doubled down instead on his crackdown on suppliers — and not the users of fireworks — amid growing outrage fro bleary-eyed residents who are fed up with the nightly explosions and largely ignored calls to 311 and 911.

On Tuesday, he said it wasn’t a “good use of police’s time and energy” to go after the users.

But critics include the injured Bronx boy’s father, Jesus Rosario, who said officials should be going after the pyros. No one has been charged in the incident that left the boy with burns and stitches. 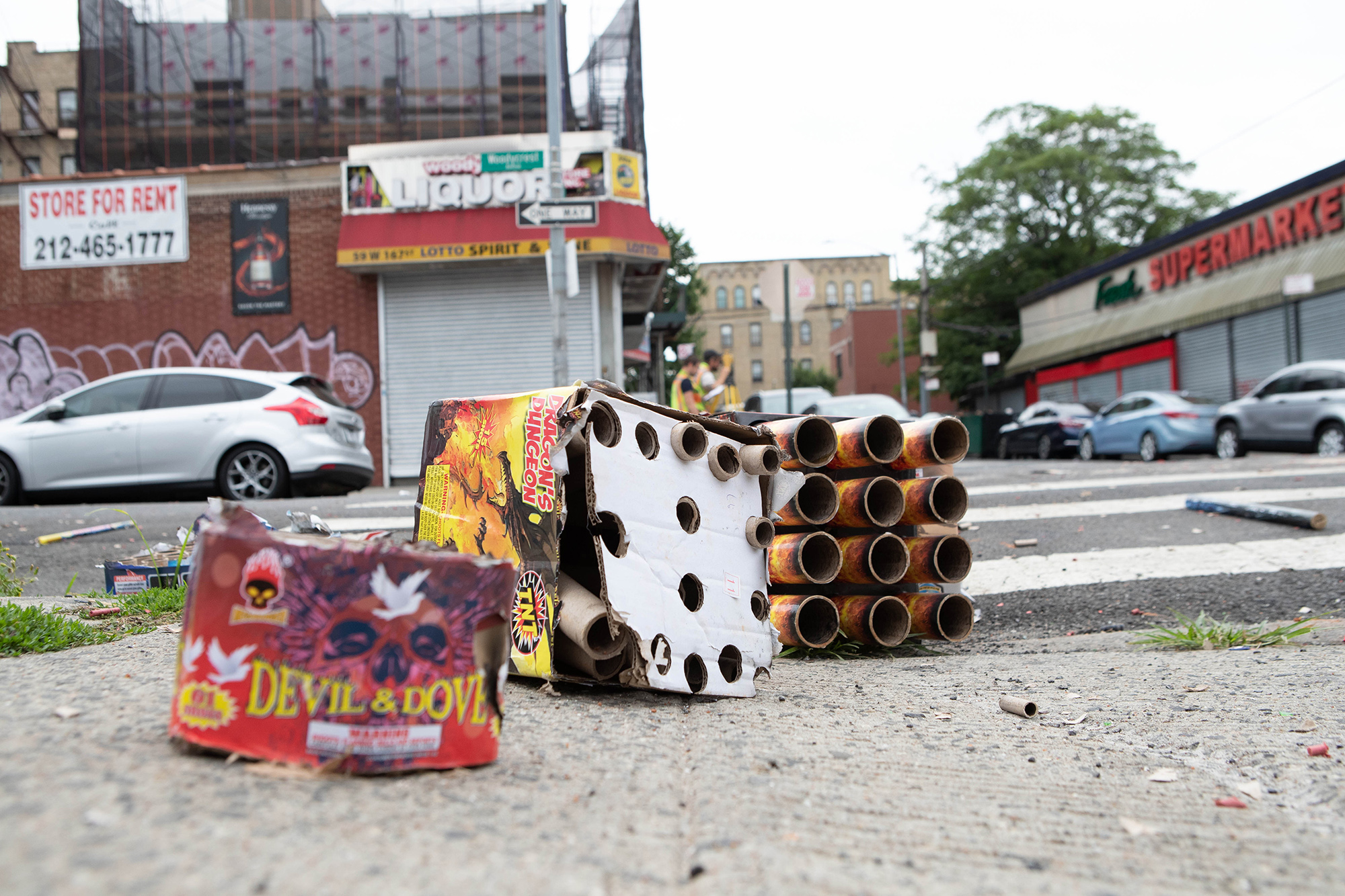 Fireworks debris seen in the Bronx on Wednesday.

Asked about a video from over the weekend that appears to show firefighters and cops in Crown Heights, Brooklyn, standing around during a massive illegal fireworks show, de Blasio only said “the videos don’t tell you the whole story, as per usual in life.”

“I have faith in the professionals of the FDNY and NYPD that they’re going to make decisions based on the fact at hand and obviously based on protecting people’s safety.”
צוריק ארויף