The Royal Jew From Swaziland by Rabbi Yisrael Rutman May 17,03
An accidental encounter with Hebrew alters the destiny of an African prince.

The story of every convert to Judaism is a gripping tale of spiritual discovery. In the case of Natan Gamedze, that journey began 40 years ago in Swaziland, where he was born into a royal family.

Gamedze casts an imposing royal figure, but it is his intellectual capacity that makes the biggest impression. Graduated with honors from Oxford, he received a master's in translation from South Africa's Wits University, and served as translator in the Supreme Court of South Africa.

Gamedze's gift for language -- he is fluent in 13 languages -- played a central role in his discovery of Judaism. After many years of study, Gamedze is now a rabbi and teaches Jewish studies in the northern Israeli city of Tzfat where he lives with his wife and son .

Aish.com: Let's begin by verifying facts. Is it true about your being an African prince?

Gamedze: I am indeed. I grew up in Swaziland until the age of 8. It's a small, land-locked kingdom that borders on South Africa and Mozambique -- about the size of Israel, with just over a million people.

Aish.com: Were you in line for the throne yourself?

Gamedze: My grandfather was king. But the British, who had colonized southern Africa, created the states of Swaziland, Bosutoland and Bechuanaland. They drew artificial borders, very often failing to take into consideration the ethnic distribution. So in many places, different ethnic groups were lumped together in the same state. That is what happened to us. And the British chose to recognize a rival royal family as the ruling group.

In order to win our cooperation, they made certain concessions to our family -- such as granting ministerial posts -- and we have a semi-autonomous region within Swaziland. My father served as minister of education and ambassador to the EEC countries. Today, it's more like a paramount chief than a king, but they do wield power.

Aish.com: Which languages do you speak?

Gamedze: I speak 13 languages: French, German, Italian, English, Hebrew, Afrikaans, Zulu, and other African languages. Everyone in my family speaks at least two European languages; my mom speaks about 7 or 8.

Aish.com: It is unusual, to say the least, for someone of your background to find his way to Judaism.

Gamedze: I was never interested in religion, per se. I was interested in what was going on in the world. What is our reason for being here? Okay, so you get up in the morning, you eat, go to work, have a shower, watch TV, go to bed, get up and start all over again... Hey, I did tha
I felt that life was like being on a conveyer belt, and eventually you get off. So what was the point? I couldn't accept that.

Gamedze: Yes. In other words, I wasn't searching for a way to give my life meaning. Rather, I was trying to find out what was going on, like a detective. I felt there's something going on in this world, something behind the scenes. And I wanted to know what it is.

Aish.com: If you weren't looking for religion, how did you find it?

Gamedze: I was sitting in a boring Italian literature class one day. I think we were studying D'Annuncio. And as people do when they are bored, they look around, and I noticed some guy was writing backwards in funny letters. So after class I asked him what he was doing. He said he was doing his Hebrew homework. I thought: That's really interesting. Imagine if I could write like that! And then I forgot about it. But later on, I needed a credit to complete my degree. I wanted to take Russian, but I had a scheduling conflict. Then I remembered about Hebrew. It fit my schedule, and so I began studying it.

Aish.com: So what was the moment of awakening?

Gamedze: The first text we got was the biblical passage of the Binding of Isaac. Coming as I did from a m-derately Christian home, I was familiar with the text, but I was surprised at how Hebrew appeared to convey much more than could be conveyed in any other language. I couldn't figure it out.

But what was so compelling was that I thought it was telling me something about myself. It was like opening an inner dimension that perhaps many people don't even know exists. It wasn't like an archeologist trying to find out about, say, ancient Incans, an interest which has really nothing to do with him. Here, I felt it was telling me something about myself. I thought it had to do with the language itself. I didn't know at the time it was the religious dimension.

Aish.com: And from there?

Gamedze: I began to discover the beauty of Judaism. I got interested in Maimonides' Mishneh Torah. I would carry it around and read it and tell my Jewish friends about it, who later became observant. It was a bit strange that the very person who was bringing them closer to Judaism wasn't Jewish.

I figured the best thing would be to get away from all this Jewish business. So I went to Rome.
But it was frustrating. I couldn't understand why I had such a thirst and love for Judaism, and not be Jewish. And yet there were Jewish people who couldn't care less, it appeared. Not only that, but when they did decide to get interested, it was easy for them. The opportunity was right there. I asked myself: Why am I out of the picture? I couldn't understand why Hashem would play such a trick on me.

At that point, I figured the best thing would be to get away from all this Jewish business. So I went to Rome to study. I visited St. Peter's and saw the artwork. I'm a great fan of Italian literature and art. But while in Rome all I could think about was the suffering of Jews at the hands of Christians. So it wasn't so enjoyable...

Gamedze: Yes. I had gone to Rome to get away from the whole thing -- Rome is probably the “least Jewish” place in the world. And there I was in my hotel room, and thinking about -- what else? -- the Jews. I particularly thought about how a Jew says “Shema Yisrael” before giving up his life for the faith.

At this stage, I had not yet taken on any Jewish observance. But I decided to say “Shema Yisrael” there in my hotel room by St. Peter's. When I did so, I felt an enormous surge of energy. As I was saying it, I felt that all those people who had given up their lives for Judaism were saying it with me. I felt as if I were a channel through which they were saying Shema. To this day, I can't explain what happened there. It was a frightening and very powerful experience.

I remember once, I went down to have breakfast. I sat down to eat, and I couldn't eat. And I was hungry, mind you. What's going on? Now by that time I had attended some lectures on Judaism while I had been I in Israel, and so I remembered that there was one day in the year, Yom Kippur, when Jews don't eat. So I went to check the calendar, and of course, that day was Yom Kippur! I was shocked.

I had told my Jewish friends that the only time I'd consider converting to Judaism is if I couldn't sleep at night. Well, it had come to that. I decided to convert.

Aish.com: Was that decision the hard part or the easy part?

Gamedze: I knew the road was going to be extremely difficult. Wherever I'd go in the Jewish community I'd stick out like a sore thumb, the only black guy in the room. I'm not the kind of person who likes to be in the limelight, and from now on every time I walk into a synagogue it's going to be, "Is he really an African prince?" How terrible. But I had a talk with Hashem, and I said to Him, "Well, if that's what You want -- that's it."

Wherever I'd go in the Jewish community I'd stick out like a sore thumb, the only black guy in the room.
Sometimes a person has ups and downs in life, and he's not sure he's doing the right thing. And he often doesn't do the right thing. So at least this one thing, I was confident I'd got it right. It's a big mainstay.

Aish.com: Did you ever figure out why Hashem played this "trick" on you -- why your journey would have to be so difficult?

Gamedze: I only discovered the answer to that a few months ago. I was teaching a class on the biblical Jethro, trying to convey what kind of special person he was. And I remember what I had heard many years ago from Rabbi Moshe Carlebach, who said that the first time the phrase Baruch Hashem (“Blessed is Hashem”) appears in the Bible is when Jethro -- a convert -- praises Hashem for saving the Jews from the Egyptians.

As I was saying this in class, I heard a voice in my head saying, Nu? Now you know why you have to go through all this -- for the additional glory. My story is not about how comfortable it is for me. It's about glorifying Hashem. That's why I have to be so different, because only the outsider, whose Jewishness comes with great difficulty, can make this unique contribution. The big question that had been baffling and hurting me for so many years was answered.

Aish.com: But it's still hard?

Gamedze: It is, but I don't view it the same way now. It's Hashem's world, after all, and we are His creatures. With all the fancy scenery and background, it's almost like a movie. Hashem says to Himself: "How do you get people interested in Judaism?" So he arranges for an African prince to come around, to make people take notice and think about things. Yes, it's hard for me. But it's all about what Hashem wants, not what I want 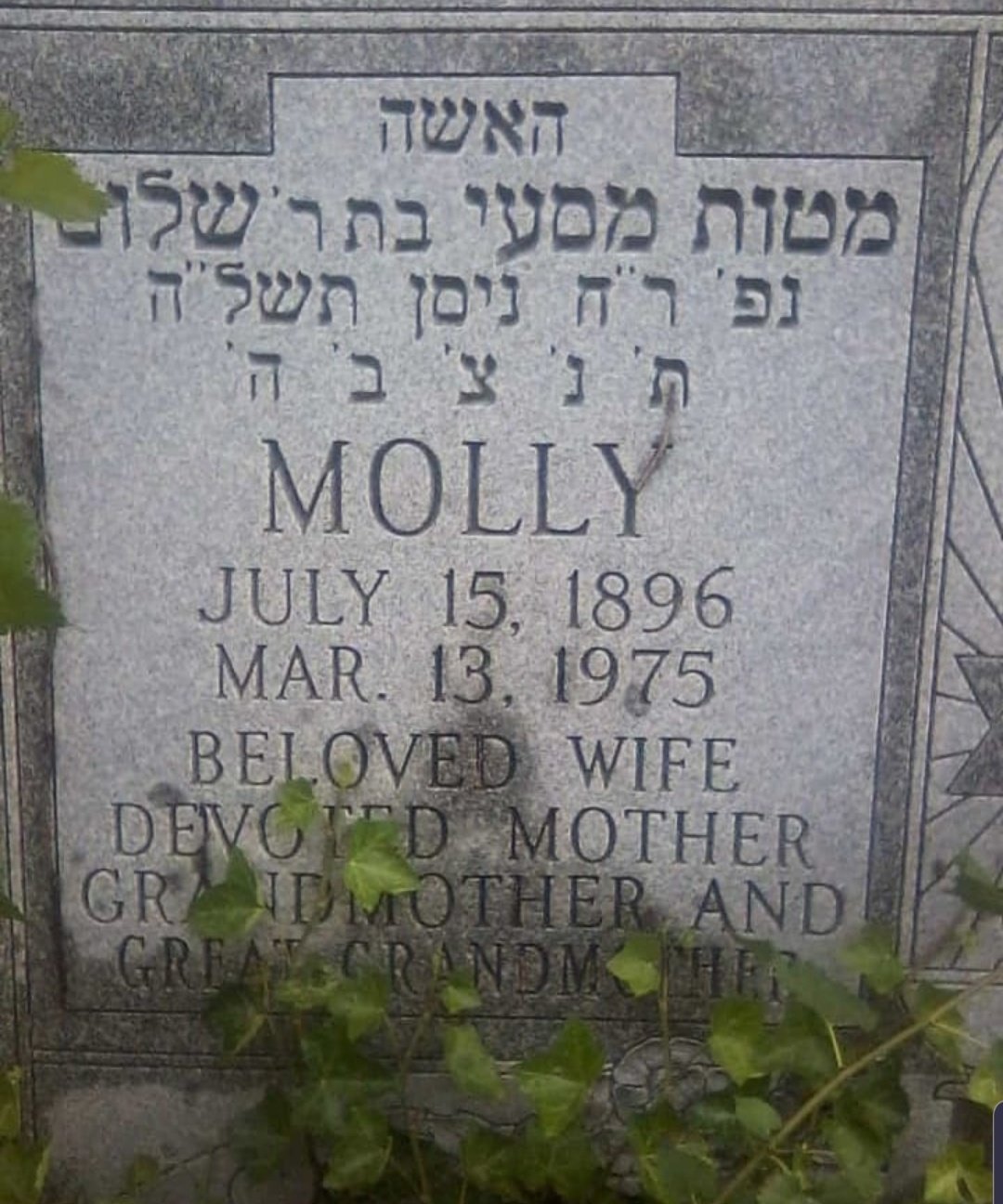